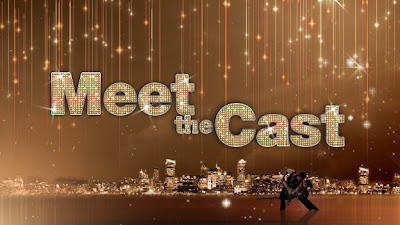 It’s not so easy topping a lightning rod like Bristol Palin so ABC decided to steer clear of politics with the new cast of Dancing With the Stars. It’s doubtful this round of amateur hoofers will rally the Tea Partiers to park their butts in front of the TV but hey, stranger things have happened on the ABC competition show that returns March 21.

Psycho Mike, a.k.a. Michael Catherwood, 31, a popular deejay for KROQ in Los Angeles

Romeo, 21, once known as Lil Romeo, is a rapper, actor, and son of past DWTS participant Master P

Kendra Wilkinson, 25, the former star of E!’s The Girls Next Door and the current star of her own eponymous reality show

Chris Jericho, 40, a pro wrestler who won 23 championships in the WWE

Hines Ward, 34, an NFL Pro Bowler from the Pittsburgh Steelers and the third wide receiver to appear on DWTS

Posted by Wonderday at 9:59 AM