Toronto is ready to host more than one Bills game a year. It wants its own NFL team. 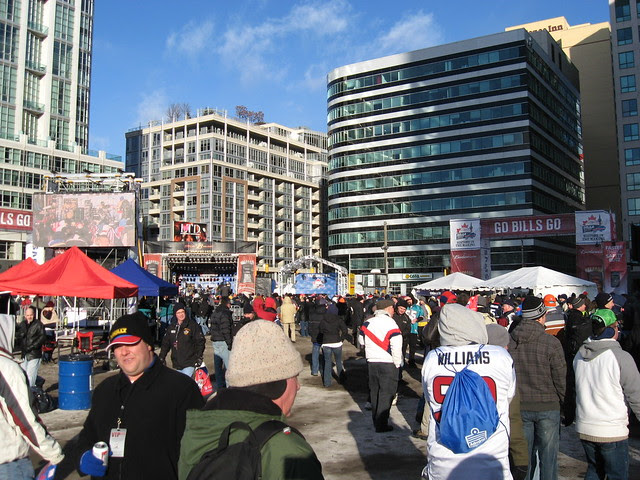 Councillor Doug Ford told TheScore.com that Toronto will push to bring an NFL franchise to town after the league puts a team back in Los Angeles.

"They have to take care of the problem in Los Angeles first," Ford said. "Two teams are kind of in play here: Jacksonville's number one; New Orleans the other. So there's two teams."

Ford said Toronto would give commissioner Roger Goodell its pitch after the NFL puts a team in L.A.

The Bills play an annual game in Toronto's Rogers Centre. This year's game is slated to be the Bills against the Redskins on Oct. 30.
Posted by Wonderday at 12:01 PM