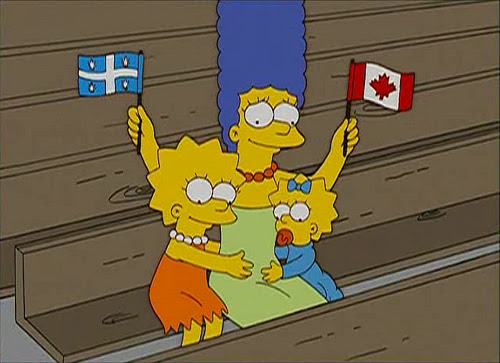 Whether the stars take a salary cut or not, there won't be many more new adventures in the town of Springfield.

Fox executives told The Wrap on Wednesday that even if the voice actors behind the iconic animated show "The Simpsons" take a massive pay cut, the show is now longer profitable as a first-run series and will end after next season. If the actors don't agree to a cut, this season, the show's 23rd, will be its final batch of new episodes.

The Daily Beast reported Monday that the actors were facing a 45% cut from their $440,000 per episode salary, which would take them down from $8 million to just over $4 million; they countered with an offer of a 30% cut but with a small slice of the show's backend, which includes merchandise, syndication and DVD sales. The executive told The Wrap that any agreement would only be for one more season.

Producers for the show have already taken a pay cut to keep the show going. Fox released a statement about the show's tenuous financial situation on Monday.

23 seasons in, The Simpsons is as creatively vibrant as ever and beloved by millions around the world. We believe this brilliant series can and should continue, but we cannot produce future seasons under its current financial model. We are hopeful that we can reach an agreement with the voice cast that allows The Simpsons to go on entertaining audiences with original episodes for many years to come.