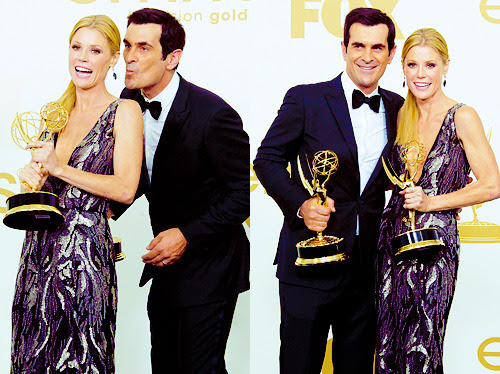 Mad Men won its fourth consecutive Emmy and Modern Family claimed its second at the 63rd Primetime Emmy Awards on Sunday that aired live on Fox.

Julie Bowen also won her first Emmy for Modern Family, but viewers probably didn’t hear her speech because they were too busy staring at her very low-cut dress. Her win was immediately followed by a prize for her on-camera hubby (and first-time victor) Ty Burrell, who performed a well-received stand-up act instead of muttering a bunch of ho-hum thank-yous. Early in the show, the ABC comedy also dominated in the directing and writing categories, prompting Lynch to quip, “Welcome back to the Modern Family awards!”

Here are the night’s winners: