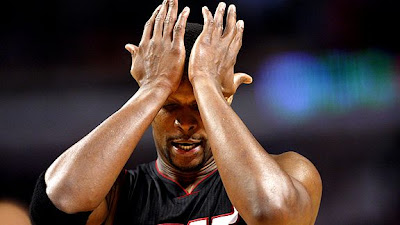 Chris Bosh missed 17 of his 18 shots from the floor against the Bulls on Thursday night.

Let that sink in.

Needless to say, it was ugly. But it didn’t have to be. In the Heat’s to-do list that I wrote coming out of the All-Star Game, I noted that Bosh had migrated to the perimeter this season, dampening his overall efficiency as a result. When the Heat bring up the ball, coach Erik Spoelstra has planted Bosh on the right elbow to facilitate the offense and space the floor, so Bosh’s court orientation isn’t completely his own doing. However, once he receives the ball on the elbow, the choice is his: attack, facilitate or shoot. And more often than not, he has settled for the latter.

He certainly settled Thursday night. Take a peek at his shot chart. You’ll notice that 11 of his 18 field goal attempts came outside the paint. Some of those shots were missed jumpers that Bosh normally drills, but there also were plenty of forced pull-up jumpers taken outside the flow of the offense.

Via
Posted by Wonderday at 9:48 AM